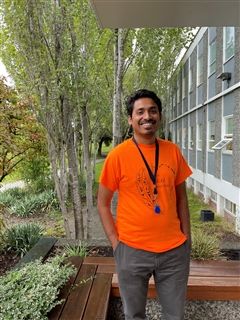 If you missed his bio in the Back to School Guide (page 15), let us introduce you to Mr. Arghya Dev Biswas Aryan, Head Debate Coach and Program Coordinator. Mr. Aryan is extremely established within national and international debate circles. He has been involved with coaching debate for more than a decade and is recognized as one of the most accomplished adjudicators in the North American circuit.

See below his answers to our questions about all things debate, and why students should get involved in the debate program.

How long has there been a debate program at WPGA?
WPGA’s senior school competitive debate team is one of the most decorated teams on the national circuit and has been in operation for 20 years. Past teams have won Senior National Championships five times (2008-2010, 2014, 2015), a rare feat in Canadian debate history, and multiple regional and provincial titles over the past 15 years. WPGA debaters have also qualified as one of two Canadian teams at the Oxford Finals (UK championships) five times in the past 10 years, and 10 national debate squad teams, which represent Canada at the World Schools Debate Championships, have included WPGA students. Team Canada won the Worlds Championships in 2010 and 2021, and both teams had WPGA students as their captains.

Why is debate important to learn?
Debating as a skill set enriches one’s way of thinking with regards to different subjects and topical issues. It gives students the opportunity to explore their critical thinking abilities while sharpening the skill of persuading through logical reasoning. Debate teaches us to speak our truths without being offensive. Likewise, it develops our capacity to listen to others without being offended. This is an important element in the Critical Thinking and Communication course offered in grades 8 and 9. Debate helps students develop a structured and systematic approach to thinking about the pressing issues and concerns that affect our world.

What key skills do students develop in debate?
Students develop capacity for structured thinking, organizing their ideas systematically, deep listening, knowledge of current events and global affairs, as well as, how to deploy relevant and appropriate examples as they exercise the art of persuasion.

What can students expect if they participate in debate?
Students who join the debate program learn to confidently present their opinions and points of view.  They learn to communicate strategically as they come to understand how to both construct and take apart arguments. Likewise, during rebuttals, they build comfort speaking extemporaneously, responding to questions in the moment with poise.  They will develop their aptitude for generating ideas, organizing their thoughts, and working alone and in teams to build arguments.  As they learn about current affairs, they develop a deeper understanding of the world. Listening, reflecting, and understanding other perspectives leads to greater empathy and compassion.

When and where do debate club sessions take place?
How often do students practice debate?
Practice sessions are held weekly for the junior (grades 8/9) and senior (grades 10-12) debate teams. Sessions are currently organized separately after school on Zoom. Students may practice more often prior to tournaments.

How many events will we participate in this year?
We plan to attend up to 25 debate tournaments this school year.

Is debate for everyone?
Yes! I encourage all students to get involved. It’s fun, collaborative, and great training for any postsecondary program and career beyond WPGA.
Back